Another two informally resolved cases and our first adjudication against an advert in What Doctors Don't Tell You.

The latest two cases the Advertising Standards Authority (ASA) were able to informally resolve with the advertiser without having to resort to a formal investigation were published last week. These were against four ads by the General Naturopathic Council Ltd and one ad by Asthma Care Kent.

The General Naturopathic Council (GNC) had four ads in the two issues of What Doctors Don't Tell You (WDDTY) we complained about. They were 'case studies' and told about:

Needless to say, most of these could be helped with dietary adjustments, osteopathic adjustments, herbal products or the ubiquitous supplements.

The General Naturopathic Council is a small voluntary regulator made up of a number of trade bodies (and the University of Westminster) that claims its aim is:

…to regulate and support naturopathic practitioners in order to ensure the safety and wellbeing of the public. Prevention is better than cure!

We challenged whether these 'case studies' were genuine and that the iridology and iris examinations were valid diagnostic techniques. The ASA told the advertiser to outline proposed amendments to their ads so they complied with the CAP Code.

Since we don't know what was said between the ASA and the General Naturopathic Council, we will need to wait to see their next ad (if any) in WDDTY to find out how they've had to change to comply.

However, it's interesting to note that members of the GNC have to abide by their Code of Ethics and Practice, as set out in the GNC Handbook. In relation to advertising, it includes the following:

It would have been hoped that the GNC would have applied those same rules to its own advertising on behalf of its members.

This was another ad for the Buteyko method of breathing that claims to significantly improve asthma. Some of its proponents claim that asthma is caused by 'over-breathing' and that asthma can be helped by breathing less using their proprietary method.

We challenged all these claims, saying we doubted the advertiser could substantiate them. The ASA told Asthma Care Kent to remove all the efficacy claims for the Buteyko technique. 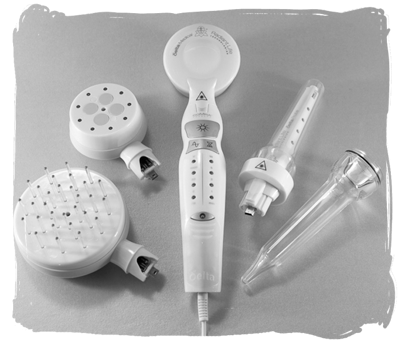 All the cases so far have been informally resolved by the ASA. This means that the ASA simply told the advertisers to remove claims they considered were not allowed by the CAP Code.

Our first ASA adjudication against advertisers in What Doctors Don't Tell You is published today.

This was an ad for something called a coMra™ 'delta laser' device that provides coMra™ (coherent multi-radiance) therapy. The company that manufactures and sells this device is Radiant Life Technologies.

This is a medically-looking device and, according to their website:

coMra-Therapy is a non-invasive therapy, which combines an infrared laser with a magnetic field, ultrasound and colour LEDs in a fully coherent treatment.

the latest towards holistic, medical self-sufficiency

Free yourself from the allopathic medical system!

We believe that the power to heal belongs in your hands! Not in hands of a corrupt system.

We believe in freedom!

The claims in their ads included:

And if that wasn't enough:

We challenged whether they could substantiate those claims and whether the three testimonials they gave in the larger ad were genuine.

Radiant Life Technologies should already have been well aware of what they are and are not allowed to claim in ads: they had fallen foul of the ASA last year and the adjudication against them is well worth reading.

This time, when the ASA contacted them for evidence to substantiate the claims we challenged, they responded:

Radiant Life Technologies said they could substantiate the testimonials to any competent authority should the need arise. However, they declined to supply a substantive response to the ASA's enquiries.

Needless to say, in the absence of evidence for the claims, the ASA upheld our complaint.

But we couldn't leave it at that.

The ASA is considered the 'established means' for gaining compliance with the Consumer Protection from Unfair Trading Regulations 2008, which governs how businesses interact with consumers and the Business Protection from Misleading Marketing Regulations 2008, which governs how businesses advertise to each other. This means that the law itself is not usually enforced formally through the courts; instead the ASA is first allowed to tackle any problems under the Advertising Codes. This approach works well in the overwhelming majority of cases. They can take matters further, of course, by referring advertisers who refuse to work with them and persistently make misleading claims to the Office of Fair Trading (OFT) for legal action.

However, in this case, we have an alternative route and we wanted to give Radiant Life Technologies the opportunity to provide their evidence to a suitable 'competent authority', even if they didn't think the ASA worthy of such an accolade.

In the UK, the Medicines and Healthcare products Regulatory Agency (MHRA) is the government agency responsible for ensuring that medicines and medical devices work, and are acceptably safe, ie that they comply with the Medical Devices Directive and other legislation. The MHRA is an executive agency of the Department of Health:

The MHRA is the competent authority (CA) for the UK. On behalf of the Secretary of State for Health, we administer and ensure compliance with medical device legislation in England, Northern Ireland, Scotland and Wales. The MHRA meets its CA functions in the following ways:

We wondered if the MHRA were competent enough for Radiant Life Technologies, so a complaint about the coMra™ device is now in their hands.

We'll let you know the outcome.