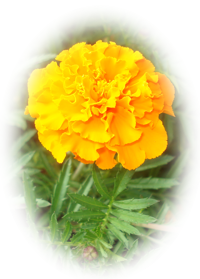 A complaint submitted to the Advertising Standards Authority (ASA) 17 months ago has finally been resolved.

Marigold Therapy is a research based medicine which provides gentle, effective treatment for foot problems.

We understood from this that conditions were treated by topical treatments (creams or ointments) called 'Marigold Therapy' and this was confirmed by the Marigold Therapy website (cached), which points out that Marigold Therapy refers to a range of products that have been:

researched and developed over the past 35 years

The Marigold Clinic specialises in the treatment of foot disorders including:

the safety and efficacy of Marigold Therapy have been demonstrated through extensive clinical use in podiatry clinics and numerous studies and in randomised, double blind, placebo controlled trials

…but no references are given for any of these studies and simply lists three locations where these studies were allegedly conducted.

For this reason, we complained about the RLHIM leaflet to the ASA, challenging whether the efficacy claims made for Marigold Therapy to treat the medical conditions listed could be substantiated. When we did so, we pointed out that this leaflet was also available as a pdf download and in their 'interactive hospital service guide', though this was several months before the ASA extended its digital remit to include marketers' own websites.

It should have been a simple matter for the RHLIM or Tariq Khan to provide copies of the 'randomised, double-blind, placebo-controlled trials demonstrating the safety and efficacy of Marigold Therapy' as claimed for it on the Marigold Therapy website. In fact, he helpfully lists some studies he's co-written on the RHLIM's website: of the eleven listed, two specifically mention marigold therapy, five mention thuja and all but one are co-written by father and son. It's not clear whether these studies are the 'numerous' ones referred to nor whether the journals they are published in are peer reviewed.

After 17 months, the RLHIM has agreed with the ASA that the leaflet must be withdrawn and changes made before it is used again. So, instead of an adjudication, the University College London Hospitals — trading as The Royal London Hospital for Integrated Medicine — just get a mention in the ASA's list of informally resolved cases.

But what's important is that the leaflet with its misleading claims has now been removed from their website and pages 36 and 37 of the latest RLHIM service guide are no longer there.

Even though the misleading leaflet has had to be withdrawn, there are quite a few loose ends here and we hope to return to this at a later date, but you might like to read more about the Marigold Clinic in a blog post written by Prof David Colquhoun a few years ago: Conflicts of Interest at the Homeopathic Hospital.

Then there are all the other leaflets about the other treatments on offer at the RHLIM…but those will have to keep for later.